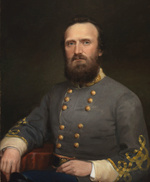 Good day Thomas Jackson. It's a pleasure to welcome you to our community! I've sent you a little aid to help get you started. Please let us know if you have any questions.

Heinrich I (879 - 936) Duke of Saxony and King of East Francia Ostfrankenreich; Father of Otto I der Große; Holy Roman Emperor,
first of the Ottonian Dynasty of German Kings and Emperors. Founder and first King of the medieval state of Germany
God Save Prussia and Long May it Reign

Thank You, Sir. I look forward to getting started to help The Prussian Empire grow into the Strongest alliance on CN.