Ruler Name : TheBlindGuardian
Nation Name : Artsakh
Nation Link : https://www.cybernations.net/nation_drill_display.asp?Nation_ID=613531
Do you understand the Immigration Laws as they have been explained? Yes
Have you updated your alliance affiliation to The Prussian Empire? Yes
Have you changed your Nation Resources within the last 30 days? No
Are you currently involved in any wars? No
Previous alliances, if any, and reasons for leaving your previous alliance(s) : I use to be a member of the German Empire (or something like that) But that was a long time ago.
Were you invited to join The Prussian Empire? If so, by whom? No, I was looking for an alliance with a cool theme

Why do you wish to belong to The Prussian Empire? I like the theme
The Prussian Empire is a non-raiding alliance and does not permit members to engage in wars of any kind without prior authorization. Do you agree to comply with this policy? Yes
I, TheBlindGuardian, pledge to uphold the Prussian Constitution and serve The Prussian Empire honorably and to the best of my ability at all times. 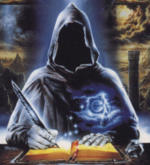 Good day Blind Guardian and welcome to The Prussian Empire! We are very pleased you found us! Several TPE members are veterans of The German Empire. May I inquire as to what your former ruler name was? There's been a few changes in CN since last you played so please let us know if you have any questions. You may also visit our forums for current gameplay information. I am sending you some development aid to help get you started. I suggest your first nation improvement be a harbor, as we may have an opening in a trade circle coming up soon. Also, we are primarily a green trade-sphere alliance, so if you're interested in a TC, you may consider updating to green. Lastly, let us know if you wish to sell tech, in which case, I advise you purchase 100 tech (current tech deals are normally $6/100).

Heinrich I (879 - 936) Duke of Saxony and King of East Francia Ostfrankenreich; Father of Otto I der Große; Holy Roman Emperor,
first of the Ottonian Dynasty of German Kings and Emperors. Founder and first King of the medieval state of Germany
God Save Prussia and Long May it Reign

I wish I knew my former ruler name or my nation. Maybe my ruler name was Sivel. But this is what I remember: The GE was looking for an anthem for the Alliance. I suggested This is Deutsch by Eisbrecher. Which didn't make it because it was unfit for the theme.

Does that ring a bell? Anyway it is good to be back